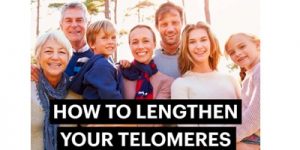 As researchers learn how to naturally slow aging to keep us looking and feeling young, they’re looking at telomeres, the parts of chromosomes that control aging, for the answers. And with possible links to Alzheimer’s and Parkinson’s diseases, cardiovascular disease, diabetes and some types of cancer, the stakes are high.

Telomeres are segments of DNA at the end of our chromosomes. Scientists frequently compare them to the plastic tips of shoelaces that keep the laces together. (1) Telomeres function similarly, preventing chromosomes from fraying or tangling with one another. When that happens, it can cause genetic information to get mixed up or destroyed, leading to cell malfunction, increasing the risk of disease or even shortening lifespans. 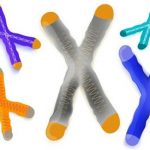 Each time a cell divides, its telomeres become shorter. After years of splicing and dicing, telomeres become too short for more divisions. At this point, cells are unable to divide further and become inactive, die or continue dividing anyway — an abnormal process that’s potentially dangerous.

Essentially, this is how our bodies age. As more of our cells lose their telomeres and go out of commission, without others to take their place, the body follows and begins breaking down. And telomeres don’t leave (or shorten) quietly. Their shortening process has been linked with aging, cancer and a higher risk of death. (2)

Each telomere’s ticking biological clock (unfortunately, ladies, there is another one) has the potential to alter our lives in drastic ways but, interestingly, it’s not our age that determines when the clock will stop — it’s the length of our telomeres.

What Do Telomeres Have to Do with Health and Aging?

One of the largest studies to date on telomeres shed some light on telomeres’ effect on a person’s health. Researchers collected saliva samples and medical records of more than 100,000 participants. Their findings showed that shorter-than-average telomere length was associated with a boost in mortality risk — even after adjusting for lifestyle factors like smoking, alcohol consumption and education that are linked to telomere length. (3)

The study found that individuals with the shortest telomeres, or about 10 percent of the study’s participants, were 23 percent more likely to die within three years than those with longer telomeres. The findings are trickier than expected, however. Researchers are still unsure whether telomere length is just a marker of aging, like gray hair or wrinkles, or if it’s an active factor in whether a person is more likely to have a disease like Alzheimer’s or die.

There’s also another key player in the game: telomerase.

Telomerase is an enzyme that lengthens telomeres and keeps them from wearing out too fast or too early. But with constant cell division, telomerase levels are depleted, enabling telomeres to shorten. It stands to reason that if science found a way to increase telomerase production, telomeres would remain long, lengthening life spans and possibly reducing the risk of some diseases.

In fact, one 2010 study on aging published in Nature performed on rodents seems to confirm that theory. Mice engineered to lack telomerase aged prematurely and became decrepit. But when the enzyme was replaced, they bounced back to health. By reawakening telomerase in human cells where it’s stopped working, normal human aging could be slowed. “This has implications for thinking about telomerase as a serious anti-aging intervention,” said Ronald DePinho, a cancer geneticist who led the study.

However, there are still serious doubts about whether reversing or slowing down aging via telomerase activity is the answer. Because while telomerase does lengthen telomeres, in humans with cancer, the enzyme helps existing tumors grow faster. At this stage, it doesn’t seem we know enough about safely harnessing telomerase to ensure that it works only to lengthen telomeres and doesn’t actually stimulate cancer.

How Can I Lengthen My Telomeres and Slow Aging?

While science still isn’t 100 percent sure how telomere length affects how we age, it’s clear that the longer our telomeres are, the better. The good news is that there are a variety of lifestyle changes you can make today to lengthen your telomeres. (4) 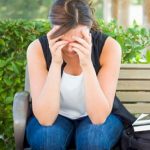 Several studies have linked chronic stressto shorter telomeres. (5) A 2004 study compared healthy women who were mothers of healthy children (the control moms) and those who cared for chronically ill children (caregiving mothers). On average, the caregiving mothers had telomeres that were 10 years shorter than the control moms. (6) That is, their cells behaved as if one decade older.

Another study that examined African-American boys found that those who came from stressful environments had telomeres that were about 40 percent shorter than peers from stable homes. (7)

The takeaway? Chronic stress doesn’t just put you in a bad mood; it contributes to aging in a very real way. Exercising regularly, getting enough sleep and carving out time for yourself daily are all easy ways to help bust stress. 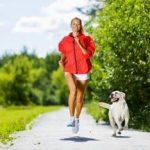 From boosting happiness to providing an energy boost, the benefits of exercise are well documented. Now there’s another reason to hit the gym.

A recent study found that a person who did some type of exercise was about 3 percent less likely to have super short telomeres than a person who didn’t exercise at all. (8) Not only that, but the more a person exercised, the longer their telomeres. The correlation between telomere length and exercise activity seemed to be strongest among those in middle age, suggesting that it’s never too late to start a fitness program and keep those telomeres from shortening.

Another study about how exercise keeps your cells young found that middle-aged adults who were intense runners (we’re talking 45–50 miles a week) had telomere lengths that were, on average, 75 percent longer than their sedentary counterparts. Now, this doesn’t mean you need to become an ultramarathon runner. It does, however, suggest that regularly engaging in intense exercise, like HIIT workouts, can keep telomeres long and happy.

3. Eat a Range of Foods for Antioxidant and Vitamin Benefits 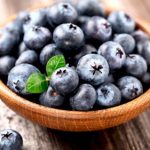 Foods high in vitamins are believed to protect cells and their telomeres from oxidative damage. A diet high in antioxidant foods, like berries and artichokes, can slow down aging and help prevent or reduce cell damage.

Additionally, taking a multivitamin supplement to bridge the gap between the foods you’re eating and what your body needs might lengthen telomeres as well. One study found that women who took a daily supplement had telomeres that were about 5 percent longer than nonusers. (9)

But supplements still can’t mimic all the health benefits of eating real, wholesome foods. The same study found that, even after adjusting for supplement use, participants who ate foods high in vitamins C and E also had longer telomeres. Oranges, peppers and kale are among the top vitamin C foods. For vitamin E, turn to almonds, spinach and sweet potatoes. 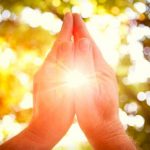 It’s time to unroll your mat and unwind. In a 2014 study among breast cancer survivors, those who participated in mindful meditation and practiced yoga kept their telomeres at the same length; the telomeres of the control group, who did neither activity, shortened during the study time. (10)

A 2008 study among men found that, after three months of a vegan diet, aerobic exercise and stress management, including yoga, there was increased telomerase activity. A 2013 follow-up study found that those lifestyle changes are associated with longer telomeres. (11)

Meditation comes in different forms for different people. For me, it’s healing prayer and setting aside time to reflect. For others, it might be setting an intention for their day, attending a regular yoga class or spending time with loved ones without the distraction of technology or work. Whatever your meditation looks like, it’s clear it’s good for our minds and bodies.

While we wait for science to unravel all the mysteries of telomeres and how they work for ­— and against — us, we can make changes to lengthen them and positively affect the rest of our lives.

This blog article was condensed from an article by Dr. Axe labelled Telomeres for Dr. David Jensen