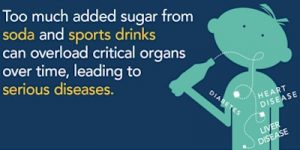 Sugar — we all crave it. It’s sweet and makes basically everything taste better. If you’re one of the many people who have tried to cut back on sugar, you know how difficult it can be. Some people may even experience withdrawals. This is all due to the fact that when we eat sugar, we become addicted to it.

When we eat foods high in sugar, the reward centers of the brain are activated. At the same time, a large amount of dopamine is released. This is what makes eating sugar feel so good. Over time and with an overstimulation of those reward centers, we develop an addiction to sugar because it simply makes us feel good when we eat it. Due to the powerful effects sugar has on the brain, it can be thought of like a drug in that it functions similar to how actual drugs like heroin and cocaine do.

Just like drugs, sugar is not good for us. Because it can be quite difficult for most of us to cut out sugar, it may be helpful to understand why sugar is so bad for us in order to make better choices in regards to our diets. This is especially important now because sugar consumption in the United States is on the rise. Over the past 30 years, adult consumption of added sugars in America has increased by more than 30 percent. On average, Americans consume about 100 pounds of sugar per year, or almost 30 teaspoons a day. According to the American Heart Association, women should have no more than six teaspoons of sugar per day, and men should have no more than nine teaspoons of sugar per day. Many Americans consume about double that amount. About half of that sugar comes from soda and fruit drinks, which also happen to be the number one source of calories in our diet.

It seemed as though the awareness about the dangers of sugar was gaining some traction, especially when Michael Bloomberg proposed a ban on the sale of sweetened sodas or drinks larger than 16 ounces back when he was in office. However, as of last year the soda ban was rejected by New York’s highest court. While this may be beneficial to the soft drink industry who fought the plan, this does nothing but continue the problem regarding soda as one of the major factors in the fight against obesity.

Added sugar is also a poison. It has no nutritional value and lacks any essential proteins, minerals and vitamins. There are two types of sugars in the American diet: naturally-occurring sugars and added sugars. Added sugar is one of the worst and most toxic ingredients in the Western diet. It can have harmful effects on our metabolism and contribute to the development of numerous serious health conditions and diseases. Too much sugar is harmful to the body and promotes inflammation and disease. A recent study shows evidence linking sugar consumption and breast cancer. Sugar consumption is also a major risk factor for the development of other health conditions such as obesity and heart disease.

Sugar is hidden in so many of the foods we consume every day. This is why it is important to look at food labels to know where sugar may be hidden. It may be found under many different names such as fructose, lactose, sucrose, maltose, glucose, and dextrose. One of the main culprits is high fructose corn syrup, which can be found in tons of foods you may not suspect, such as frozen dinners, some vegetables, peanut butter, pickles, salad dressing, soup, canned fruits.

Because it can be difficult to completely cut sugar out of our diets, the least we can do is eat the minimum amount and opt for natural alternatives. If you are going to eat sugar, make sure it is the natural kind found in fruit. It is better to get your sugar fix from naturally sweet fruits as opposed to processed foods. This way, you can satisfy your craving for sugar while still getting some of the nutrients your body needs to fight diseases like cancer. Fruits are still high in sugar, so don’t overdo it. 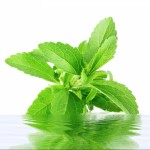 originally thought, namely reducing the factors associated with metabolic syndrome. According to a new study, “Stevia rebaudianaBertoni: A Natural Alternative for Treating Diseases Associated with Metabolic Syndrome,” published in the Journal of Medicinal Food, both in vitro and in vivo studies indicate that glycosides and the extracts from stevia may have pharmacological and therapeutic properties for health issues connected to metabolic syndrome, such as obesity, hypertension, and elevated levels of blood sugar and lipids.

The plant is native to the Amambay Mountains, between southern Brazil and northern Paraguay, and is a commonly used sweetener and medicinal plant for the Guaraní Indians. Native populations have consumed ka’a he’ё (translated as sweet herb) for centuries. From a research and health perspective, SR contains a complex mixture of functional compounds that serve as more than just a sweetener, including terpenes, tannins, sterols, volatile acids, vitamins, carotenes, flavonoids, enzymes, organic acids, polysaccharides and hormones. 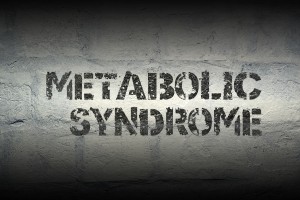 The prevalence of metabolic syndrome varies between 15% and 40% of the total world population, depending on gender, age, and ethnicity. Metabolic syndrome is present in 22–34% of the U.S. population; whereas in Mexico, this percentage increased from 28% to 40% between 1994 and 2000 and was about 42% from 2006 to 2012, being more often in women than men according to the National Health and Nutrition Survey.

At present, physicians rely on several drugs to treat specific disruptions associated with metabolic syndrome, such as antidiabetics, lipid lowering agents, ACE inhibitors, angiotension II receptor blockers and antiplatelet blockers. This study notes that long term use of many of these medications may present undesired effects such as lactic acidosis, metallic taste, and vitamin B12 deficiency and many others. They see SR as a potential therapeutic alternative with none of these side effects.

The food and sweetener industry has focused on two primary compounds in stevia, stevioside and rebaudioside.  Stevioside and rebaudioside A (the sweetest compound) represent 5–10% and 2–4% w/w (dry basis) of the leaves. Rebaudioside A is a substitute for saccharose, however it is the stevioside that has the most potential applications for potential therapies related to diabetes mellitus, obesity and decreased arterial pressure.

As mentioned, it is the steviosides that hold the keys for driving out metabolic syndrome. Among many, they include increases in glucose tolerance, reductions in concentrations of plasmatic and postprandial glucoses, as well as reductions in abdominal obesity, body weight, biliary acids, and serum cholesterol.

In summary, the study authors concluded:

Studies on SR demonstrate that, besides being suitable as a sweetener, the aqueous and alcoholic extracts of this plant, as well as its steviol, are also a pharmacological alternative. In other words, these compounds have the required therapeutic potential for naturally treating endocrine diseases (such as obesity, diabetes, hypertension, and dyslipidemia) that are relevant in the current context. These diseases are associated with metabolic syndrome, which is considered a public health problem due to its current prevalence. Besides steviol glycosides, SR contains several phytochemicals, including phenols and flavonoids. More research is needed to determine their effects on the already known SR-based treatments, as well as their diverse mechanisms of action.”

So, if you are concerned about your sugar consumption and need a substitute, consider Stevia!

This article is a condensation of an article from the Huff Post, and a research article published in Today’s Practitioner, for Dr. David Jensen.