Myelin Support to Reclaim Your Brain 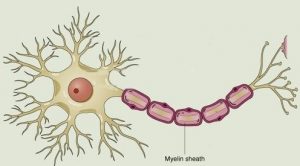 Myelin is a fatty, white substance that wraps around the end of many nerve cells. Myelin is critical for optimal brain function and mental health.  It forms an electrically insulating sheath that increases nerve condition speeds. In other words, it allows your brain to send information faster and more efficiently, making it absolutely essential for the optimal functioning of your nervous system.

So not surprisingly, it plays a key role in determining intelligence and improving cognitive performance.  The production of myelin throughout the nervous system is called myelination or myelinogenesis.

But demyelination can also happen.

This happens when the myelin that insulates your nerves is destroyed or deteriorates, leading to mental health symptoms and neurodegenerative diseases .

Multiple sclerosis is one of the more common demyelinating condition, but a number of neurological and psychiatric illnesses have been linked to demyelination, including:

If you have one of these conditions and suspect you might have symptoms of demyelination, don’t worry.

There are dietary and lifestyle modifications that can help your body re-manufacture myelin. Studies show that oligodendrocyte cells are responsible for the formation of new myelin in both the injured and normal adult brains (43).

Here are some ways to increase oligodendrocyte cells and promote the regeneration of myelin. 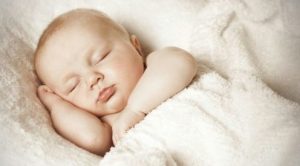 Research has found that sleep increases the production of oligodendrocyte precursor cells (OPCs).

One study found that production of OPCs doubled in mice while they slept. The mice that were forced to stay awake had higher levels of stress hormones and higher rates of brain cell death.

Researchers believe this means that sleep loss can aggravate symptoms of multiple sclerosis.

That’s why getting at least 7 hours of high-quality, restorative sleep is so critical.

But it’s not just the amount of sleep you get that’s important. It’s also the quality of your sleep.

The researchers found that the production of the myelin-forming cells increased the most during deep, rapid-eye movement (REM) sleep.

Melatonin, your body’s sleep hormone, has also been shown to promote myelination by significantly reducing inflammation in the brain.

Here are some actions you can take to naturally produce more melatonin, maximize the quality of your sleep, and make sure you get deeper sleep:

Deep sleep can also improve your brain’s growth hormone, lower your stress hormone, and slow down the onset of dementia.

Vitamin C is known to participate in myelin formation. 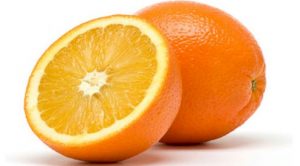 Collagen synthesis, which is dependent on Vitamin C, has also been linked to the formation of myelin sheath.

Vitamin C can be found in foods such as peppers, citrus fruits, green leafy vegetables, broccoli, tomatoes, and berries.

You can also take it in supplement form.

Omega-3 fatty acids are essential fats that your body cannot produce itself. They are found primarily in fish and are necessary for the normal electrical functioning of your brain and nervous system. 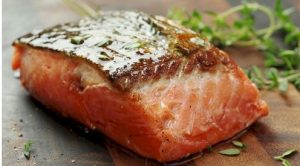 They appear in most of my posts because they are so critical for brain and mental health and affect so many aspects of wellness.

And now researchers have found that they also help your body produce myelin, (53, 54).

According to Judy Graham, author of the book Managing Multiple Sclerosis Naturally: A Self-Help Guide to Living with MS, myelin cell membranes that contain omega-3 fatty acids are more fluid, which improves the efficiency of nerve impulse conduction.

She also points out in her book that rates of multiple sclerosis are lower in areas of high fish consumption.

I eat lots of wild salmon and supplement with fish oil daily.

Vitamin D is a fat-soluble vitamin that our skin synthesizes when exposed to the sun. 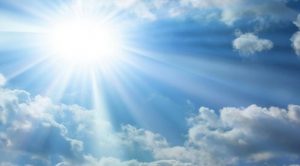 Research shows that the Vitamin D receptor boosts the regeneration of myelin (55).

It’s best to get your Vitamin D from sunlight, but most people can’t get enough, especially during the winter.

That’s why I supplement with this Vitamin D. I’ve also been experimenting with shining UVA/UVB light on myself for short periods of time every day. I use this bulb.
It’s a good idea to take Vitamin K2 along with Vitamin D3, as it has also been shown to support myelin.

This one has both K2 and D3 together.

I also highly recommend checking your Vitamin D levels. You can order the test yourself here. It’s one of the most important tests you can take for your health. 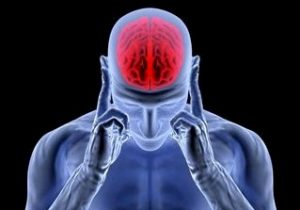 Reducing inflammation throughout your entire body is a key step towards protecting and regenerating myelin.

Researchers have found that inflammatory cytokines reduce myelination, and high levels of inflammation are often found in people with multiple sclerosis (65).

The best way to reduce inflammation is by following an anti-inflammatory diet.

You should strive to eliminate all gluten, refined carbohydrates (particularly flour), and processed food from your diet, and increase your intake of vegetables, fruits, wild fish, grass-fed beef and pastured chicken.

Here is a  Grocery Shopping Guide for Optimal Brain Health contains a bunch of healthy low-inflammatory foods that you can eat on a regular basis.

Supplementing with curcumin and fish oilcan also significantly reduce inflammation in the body and brain.

I also recommend testing for C-Reactive Protein, which is a general marker of inflammation. That way you’ll know if it’s one of your problems. You can order your own test for it here. 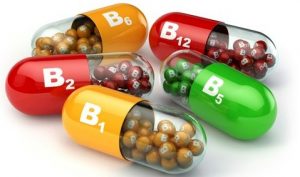 A number of different B vitamins can help your body regenerate myelin.

Vitamin B12 plays a key role in the generation and function of myelin.

Researchers have found that low vitamin B12 levels are significantly associated with myelin degeneration.

Other studies have also shown that people with multiple sclerosis often have abnormally low levels of vitamin B12, and vitamin B12 injections significantly improve their symptoms.

According to Dr. Perlmutter, author of Brain Maker and Grain Brain, vitamin B12 deficiency enhances the destruction of myelin and compromises the ability of the body to repair damaged myelin.

Folate is another B vitamin that plays an important role in the maintenance of myelin. Studies have shown that a deficiency can lead to reduced levels of myelin.

S-adenosylmethionine (SAMe) isn’t a B vitamin, but along with folate and B12, it is involved with methylation, and has been shown to increase the development of myelin.

Lastly, pantothenic acid (Vitamin B5) can indirectly help with myelin formation because it helps with the synthesis of fatty acids and myelin is mostly made up of fat. Myelin has been shown to degenerate in chickens that are deficient in B5.

I used to experiment and supplement with individual B vitamins but I’ve now settled on taking just one B complex as needed. I take this one. It contains the bioactive forms of all the B vitamins. You can get it through Amazon or iHerb.

“I have no doubt in my mind that, at the present time, the greatest polluting element in the Earth’s environment is the proliferation of electromagnetic fields.” – Dr. Robert Becker, Nobel Prize nominee and author of The Body Electric: Electromagnetism And The Foundation Of Life

You won’t hear many people talk about this but it needs to be acknowledged.

An increasing amount of research is showing that electromagnetic frequencies emitted from Wi-Fi, laptops, and cellphones can negatively affect the brain and produce widespread neuropsychiatric effects including depression . 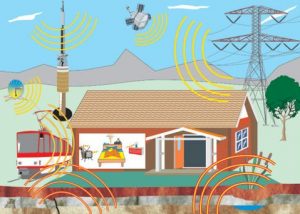 It’s an inconvenient truth that needs to be talked about, rather than downplayed, ignored and dismissed.

Some people are more sensitive to them than others. I’m one of them.

Two environmental doctors have told me that I’m sensitive to environmental radiation, and some of my symptoms can be traced back to EMF hypersensitivity. It’s likely why I benefited so much from neurofeedback, as EMFs can affect brainwaves.

I suspect a lot of people are dealing with the same problem.

This research paper explains that there is an association between EMF exposure and myelin deterioration, which may account for many of the symptoms that people with EMF hypersensitivity experience.

So if you’re trying to rebuild myelin, it’s a good idea to limit your exposure to EMFs.

How do you that?

I’m still learning about how to manage and combat them, but here are some initial steps you can take:

This is just the tip of the iceberg. There are many other steps you can take, and I plan on writing more about this soon because it isn’t discussed enough.

This may seem like “woo-woo” but it’s a real issue. And I suspect it will eventually become one of the biggest issues of our time.

This article was condensed from “Optimal Living Dynamics” for Dr. David Jensen