There’s a lot of evidence that blue light, emitted by smartphones, tablets, laptops, and many other electronic devices, is impacting on the quantity and quality of the sleep we are getting. Darkness is a natural cue to our bodies that it’s time for sleep, but we’re circumventing it by staring at bright screens for hours after the sun has gone down.

WHAT’S THE PROBLEM WITH BLUE LIGHT? 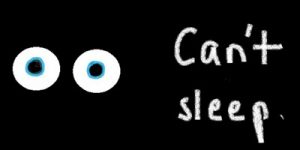 Blue light tells our brain that it isn’t time to sleep, according to the experts.

“There are about 30,000 cells inside your eye that are reactive to the wavelength of light which would be considered blue,” explains clinical psychologist and sleep therapist, Dr. Michael J. Breus. “Blue runs in about the 460 nanometer range, in terms of the spectrum of light. That particular spectrum of light hits these cells and makes them send a signal to an area of the brain known as the suprachiasmatic nucleus and tells it to turn off melatonin production. Melatonin is the key that starts the engine for sleep.”

The impact of blue light has been well-known to sleep researchers and scientists for many years now. Our circadian rhythms determine our internal clocks. Someone who routinely stays up late probably has a longer rhythm than an early riser. Daylight traditionally keeps those rhythms aligned with our environments. Blue light therapy is frequently used to shift sleep patterns and tackle sleep disorders.The evolution in digital screen technology has advanced dramatically over the years, and many of today’s electronic devices use LED back-light technology to help enhance screen brightness and clarity.  These LEDs emit very strong blue light waves.  Cell phones, computers, tablets and flat-screen televisions are just among a few of the devices that use this technology.  Because of their wide-spread use and increasing popularity, we are gradually being exposed to more and more sources of blue light and for longer periods of time.

What are the effects of blue light exposure on our health?

Blue light can help elevate your mood and boost awareness, but chronic exposure to blue light at night can lower the production of melatonin, the hormone that regulates sleep, and disrupt your circadian rhythm.

Harvard researchers have linked working the night shift and exposure to blue light at night to several types of cancer (breast, prostate) diabetes, heart disease, obesity and an increased risk for depression.

Researchers aren’t exactly sure why exposure to blue light at night seems to have such detrimental effects on our health, but it is known that exposure to light suppresses the secretion of melatonin and lower melatonin levels might explain the association with these types of health problems.

Most of us spend the majority of our waking hours staring at digital screen, whether it’s the computer at work, our personal cell phone, playing a video game, or just relaxing and watching TV.  Digital eyestrain is a new term used to describe the conditions resulting from the use of today’s popular electronic gadgets.

Digital eyestrain is a medical issue with serious symptoms that can affect learning and work productivity.  Symptoms of digital eyestrain, or computer vision syndrome, include blurry vision, difficulty focusing, dry and irritated eyes, headaches, neck and back pain.  Digital eyestrain has overtaken carpal-tunnel syndrome as the number one computer-related complaint.

There’s growing medical evidence that blue light exposure may cause permanent eye damage; contribute to the destruction of the cells in the center of the retina; and play a role in causing age-related macular degeneration, which can lead to vision loss.

Melanin is the substance in the skin, hair, and eyes that absorbs harmful UV and blue light rays. It’s the body’s natural sunscreen protection.  Higher amounts of melanin afford greater protection, but as we age we lose melanin, so that by age 65 half of the protection is gone making us more susceptible to eye disease such as macular degeneration.

The retina is a very thin, multi-layered tissue covering the inner eyeball. The retina can be harmed by high-energy visible radiation of blue/violet light that penetrates the macular pigment found in the eye. A low macular pigment density may represent a risk factor for age-related macular degeneration by permitting greater blue light damage to the retina.

A Harvard medical study states that “High Energy Visible (HEV) blue light has been identified for years as the most dangerous light for the retina.  After chronic exposure, one can expect to see long range growth in the number of macular degenerations, glaucomas, and retinal degenerative diseases”.  And a paper published by the American Macular Degeneration Foundation (AMDF) reports that “the blue rays of the spectrum seem to accelerate age-related macular degeneration (AMD) more than any other rays in the spectrum”.

THE RIGHT BALANCE OF BLUE LIGHT

“There’s nothing wrong with blue light for most of the day,” says Dr. Breus. “You just don’t want to have it about 90 minutes or so before bed.”

Sunlight has a tremendous amount of blue light in it. The worrying negative effects are connected with the melatonin deficit and disruption of circadian rhythms that leads to less sleep and poorer quality sleep. But, we need blue light to get us going in the morning, and it has been linked with higher levels of alertness.

“When we wake up in the morning our circadian rhythm is a little off, our internal biological clock runs on a slightly longer schedule in many cases than 24 hours, and so to reset that clock every morning we need sunlight,” says Dr. Breus. “One of my biggest recommendations for patients is every morning go outside and get 15 minutes of sunlight.”

At the other end of the day we need to be more mindful of our blue light exposure. Proximity is an important factor. That’s why smartphones, tablets, and laptops are perceived as a bigger risk than light bulbs or TV screens. Though, it’s worth remembering that the impact on sleep is about more than just the blue light exposure.

“I think there’s a second factor that people aren’t really talking about that much, and that is the level of engagement in whatever the device is,” explains Dr. Breus. “If you’re playing your favorite game, or whatever it is you like to do before you go to bed, you’re mentally engaged in that act.”

Let’s be honest, turning everything off and sitting in a dark room is not something many of us will do. Thankfully, there are alternatives.

There have been protective glasses on the market for a while, but they tend to have colored lenses. Now, we’re beginning to see alternatives that aren’t so strongly tinted, such as the Jins Screen range of glasses, which have been specifically developed to address the blue light problem.

“They reduce the transmission of light in the 460 nm range by 25 percent via two pathways: coating and substrate,” explained Lilian Wouters, PR Manager at Jins. “Certain wavelengths of blue light are reflected by the patented coating on the lenses, while others are absorbed by the substrate, which is made of a compound that absorbs certain wavelengths of blue light.”

You can pick them up as standalone non-prescription specs, but the special coating will also be available on prescription glasses.

There’s also a newcomer on the scene, called Gauss, which recently smashed its Kickstarter target.

“Gauss glasses come with lenses that have multiple layers of coating applied to them. Each layer has different properties and all this combined results in our Blueguard coating,” developer Jay Uhdinger told us. “It reflects light peaking with the wavelengths of 400 to 440 nanometers, while still letting other wavelengths pass through, to enable people to still see blue as blue with minimal impact on normal color vision. Studies show that these frequencies can cause most damage to the retinal pigment cells of the eyes.”

One of the most popular options right now is F.lux. It tweaks the color of your computer’s display according to the time of day, so it gets warmer at night and has more blue throughout the day. It’s completely free and you can use it on Windows, Mac, Linux, and jailbroken iOS devices. There’s an app called Twilight on Android that does the same thing.

Apps like F.lux or Twilight are great and everyone should use them. In fact, there also are options in operating systems to reduce blue light at specified times. The Display dialogue on Windows 10 has an option called “night light” that can be accessed via the display app.  This option can set timers in the software that will reduce blue light at specified times to allow for a gradual reduction in Blue Light.

Wearing goggles or glasses add another layer of protection because unless you completely turn off the blue color channel in your monitor it still emits blue light. Plus many other sources of blue light like light bulbs with cold color temperatures still emit blue light that interferes with your melatonin production and as a result, with your circadian rhythm.”

Think about your exposure, and if you’re having trouble sleeping, try modifying your lighting and device use. Blue light is just one of the factors that determines your sleeping pattern, but it’s clearly very important. Some experts recommend staying away from devices for a half hour before sleeping.

This article is a compilation of information from “Blue Light Exposed” and a Digital Trends Article about the same subject, compiled for Dr. David Jensen.