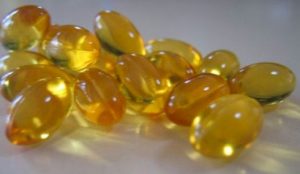 Visit the vitamin and supplement aisle in any drug or grocery store, and there is most likely an entire space filled with CoQ10 products. Google “CoQ10” and nearly 7 million results appear. Read about nutrients for heart function support and CoQ10 is sure to be featured. Without a doubt, people are talking about CoQ10 in a number of different spaces. Have you joined the conversation?

At My Remedy Shop, we see and hear about questions people are having about CoQ10, and have taken particular notice to one that is causing quite a bit of confusion: the ubiquinone vs. ubiquinol debate. Recently, some people have been describing ubiquinone—the form of CoQ10 that has been available for years—as inferior now that a new form, ubiquinol, has emerged. We’ve seen a lot of conflicting and misleading information on this debate and want to have a discussion about it.

Coenzyme Q10 (CoQ10) is a fat-soluble, vitamin-like compound produced naturally by our bodies. Found in nearly every cell in the body, CoQ10 is concentrated in organs that require the most energy — such as the heart, liver, muscles and kidneys. CoQ10 is concentrated in these organs because it is essential to the process of producing cellular energy from the food you eat.

Unquestionably, both forms—ubiquinone and ubiquinol—are effective and essential to important pathways in the body, and in states of need, either form can be reduced or oxidized to form the other.

Next time you purchase CoQ10 keep the following points in mind:

• Both CoQ10 forms—ubiquinone and ubiquinol—are important, effective and do great things for your body
• The body is extremely intelligent and is capable of turning one form of CoQ10 into the other as needed
• Feel great that you are choosing such an important supplement for your health.

Read more at comments about this issue at https://www.drsinatra.com/is-ubuquinol-coq10-better-than-ubiquinone-surprising-results-from-my-own-research.

This article was compiled for Dr. David Jensen