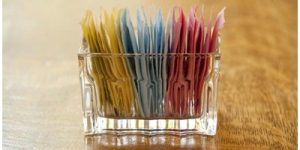 ZERO-CALORIE ARTIFICIAL sweeteners meant to reduce consumption of sugar are being linked to diabetes and obesity.A new study presented Sunday at the 2018 Experimental Biology meeting examined the biochemical effects of artificial sweeteners in rats and cell cultures. Researchers fed one group of rats a diet high in glucose or fructose, different types of sugars, and another group a diet with aspartame or acesulfame potassium, common zero-calorie artificial sweeteners. After three weeks, researchers observed “significant differences in the concentrations of biochemicals, fats and amino acids in blood samples,” according to a press release.

The study also examined how artificial sweeteners affected vascular health by looking at how they impacted the lining of the blood vessels.

“As diabetes and obesity become a rising worldwide health concern there has been an increased awareness of environmental factors, such as diet, that are contributing to the problem,” the study says. “However, it was not until recently that the negative impact of consuming non-caloric artificial sweeteners in the place of sugar had been increasingly recognized as a potential contributor to the dramatic increase in diabetes and obesity, along with the associated complications.”

The results of the study suggest artificial sweeteners alter how bodies process fat and obtain energy. Additionally, researchers discovered acesulfame potassium appeared to accumulate in the blood, with increased amounts having more harmful effects on cells that line blood vessels.

One of the authors, Brian Hoffmann, assistant professor in the department of biomedical engineering at the Medical College of Wisconsin and Marquette University, said sugar replacements aren’t a solution to the diabetes and obesity epidemic.

“Despite the addition of these non-caloric artificial sweeteners to our everyday diets, there has still been a drastic rise in obesity and diabetes,” Hoffmann said in the release. “In our studies, both sugar and artificial sweeteners seem to exhibit negative effects linked to obesity and diabetes, albeit through very different mechanisms from each other.”

Hoffman said the body has “the machinery to handle sugar” in moderation. However, in excess, the “machinery breaks down.” Researchers also observed that replacing natural sugars with zero-calorie artificial sweeteners leads to negative changes in fat and energy metabolism.

Hoffman cautioned that there is no simple answer to “Which is worse, sugar or artificial sweeteners?” A diet high in sugar has negative health outcomes and the study shows a diet high in artificial sugars has the same.

Instead, he says in the press release, “moderation is the key if one finds it hard to completely cut something out of their diet.”

This article was condensed from U S News for Dr. David Jensen