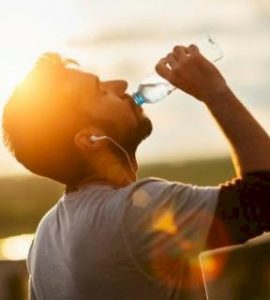 How much does your brain know about…itself? Although there are still many brain facts yet to be discovered, experts learn more each day about the structure and inner workings of the body’s most complex organ. This research not only helps scientists understand what makes us who we are, but could also lead to treatments for a variety of neurological disorders. Put on your thinking cap and noodle on these five fascinating facts about your brain.

As a whole, the human brain is composed of roughly 73% water. Most of the brain is made up of two kinds of tissue: gray matter and (myelinated) white matter. The gray matter is about 80% water, while the lipid-rich white matter has about 70% water content. Also, on average, the water content of a female brain’s gray matter is 1.2% higher than that of its male counterpart. Your brain’s high water content is among the many reasons it’s essential to drink enough water each day, and part of the reason dehydration impairs your focus, memory and mood.

It has mirror neurons. 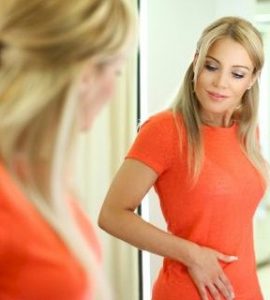 Have you ever wondered why you recoil in almost-pain when you see someone else get hurt? This reaction is the result of mirror neurons. Discovered just over two decades ago, these neurons are active not only when you perform an action but also when you see someone else do the same thing. For example, the smell of something awful will activate specific brain regions; these same areas are similarly active when you witness someone else making a nauseated face. Mirror neurons explain why we empathize with others and how we learn by observing and mimicking.

Your skin, muscles and other organs contain pain receptors called nociceptors that create the sensation we feel as pain. Ironically, while your brain is the organ that processes these pain signals, it does not have these receptors itself and thus lacks the ability to feel pain. This is why during brain surgeries, doctors don’t need to apply anesthesia directly to brain tissue. The patient can be awake (but sedated) throughout the procedure.

Some functions improve with age.

Popular belief says it’s all downhill for your brain function as you add more candles to your cake. While it’s true age can diminish short-term memory and slow brain processing speed, the good news is research shows some skills actually improve as we get older. Language skills and emotional intelligence become stronger; older people have more extensive vocabularies and are more skilled conversationalists. Additionally, the ability to control negative emotions improves with age, contributing to a better general emotional stability.

The brain cleans itself.

Up until two years ago, experts believed the brain had no lymphatic system to drain out waste like the rest of the body does. But scientists have recently discovered these types of vessels hidden deep inside the brains of mice. Similar structures have been seen in autopsy samples of human brain tissue, but more study is needed to confirm exactly how this waste-removal function may work in our central nervous system. Researchers believe this finding could lead to better understanding of neurological disorders such as Alzheimer’s disease or multiple sclerosis.