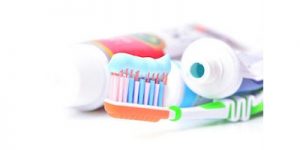 Fluoride is a highly toxic substance. Consider, for example, the poison warning that the FDA now requires on all fluoride toothpastes sold in the U.S. or the tens of millions of people throughout China and India who now suffer serious crippling bone diseases from drinking water with elevated levels of fluoride.

In terms of acute toxicity (i.e., the dose that can cause immediate toxic consequences), fluoride is more toxic than lead, but slightly less toxic than arsenic. This is why fluoride has long been used in rodenticides and pesticides to kill pests like rats and insects. It is also why accidents involving over-ingestion of fluoridated dental products–including fluoride gels, fluoride supplements, and fluoridated water–can cause serious poisoning incidents, including death.

The debate today, however, is not about fluoride’s acute toxicity, but its chronic toxicity (i.e., the dose of fluoride that if regularly consumed over an extended period of time can cause adverse effects).

Although fluoride advocates have claimed for years that the safety of fluoride in dentistry is exhaustively documented and “beyond debate,” the Chairman of the National Research Council’s (NRC) comprehensive fluoride review, Dr. John Doull, recently stated that: “when we looked at the studies that have been done, we found that many of these questions are unsettled and we have much less information than we should, considering how long this [fluoridation] has been going on. I think that’s why fluoridation is still being challenged so many years after it began.”

This article we provides a summary of the scientific and medical research that implicates fluoride exposure as a cause or contributor to various chronic health ailments. In 2001, the union of scientists at the Environmental Protection Agency’s Headquarters Office in Washington D.C. stated: “we hold that water fluoridation is an unreasonable risk.”

Research demonstrates why EPA’s union of scientists concluded that fluoridation is an unreasonable risk, and why a growing number of health professionals do as well.

The following are reasons why we believe current fluoride policies in the U.S. are unsafe:

This article has been condensed from a Flouride Action Network article for Dr. David Jensen