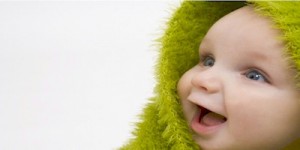 One of my favorite experiences in practice has been repeated numerous times – treating the colic baby.  Most people know it’s tough to be with a screaming infant that seemingly refuses to be consoled. The situation is made worse since baby can’t communicate what’s wrong. Finding it impossible to calm their child, caring parents are often torn by feelings of helplessness while, at the same time, being driven crazy by the noise!

One particular infant had been unmercifully poked and prodded by medical doctors for the first three months of his life. Unable to properly diagnose the problem, the medical world dismissed him as nothing more than a “fussy baby.” Through friends, the parents of this child had heard that Chiropractic might be helpful and were referred to my practice.

After a detailed examination, I concluded that this poor little guy had been having bad headaches since birth. The cause: his first two vertebrae, the atlas and axis, were misaligned during the delivery process. I then checked a series of other details including his digestive system, which had not been working very well either. Next, I reviewed the previous lab results and other diagnostics prescribed by the medical world – the main focus of the infant’s medical doctors. The final, pre-treatment analysis involved a review of the medical and alternative procedures previously administered along with a full range of questions about his diet. Now, with the preliminaries taken care of, it was time for our new patient’s Chiropractic treatment.

This screaming infant’s first adjustment was a perfect “diversified alignment” of the first two vertebrae which he tolerated very well. In fact, immediately after the adjustment, his crying stopped and his eyes opened wide to see what had just removed that terrible pressure from inside his head. He then sucked in a huge breath of fresh air and – obviously exhausted from sleep deprivation – immediately relaxed into a nice nap. All of this happened within about four-to-five minutes. Standing by my side during the procedure, the boy’s mother was so happy on seeing this great miracle she broke down into joyful tears. The father appeared awestruck by what he had witnessed.

The next morning, having had the first full night’s sleep since her son’s birth – another miracle as far as she was concerned, the patient’s mother called to express her thanks. After a few additional adjustments with a little tummy work and some digestive enzymes, this little guy was transformed into a happy, healthy, baby boy. It gives me enormous pleasure to report that this young man has matured into a strong athlete who is still getting regular adjustments to keep his sporting life as active as possible.

As mentioned earlier, I’ve been blessed with the opportunity to successfully treat colic babies numerous times in my career. The stories are too many to count of how my patients in all age groups have benefitted from an immediate “miracle treatment” releasing things from ear infections, sight problems, to even complicated cases of cancer and chronic disease. These results clearly show the power of Chiropractic to release the powerful energy flow that God has put within us. The daily opportunity to observe the effectiveness of this healing art inspires us physicians in our efforts to make Chiropractic the world’s number one healthcare modality. I’ve been blessed myself with regular adjustments since I was just a few days old. Now, well into my forties, I’ve had no immunizations or antibiotics – ever! The power of Chiropractic never ceases to amaze me; and I see miracles happen every day!