The coincidental timing of holiday air travel and flu season poses an increased health risk for patients. As your patients begin their travel plans for the holidays, two new studies on elderberry or a combination of Echinacea purpurea and elderberry may reduce the duration and severity of symptoms from colds and flu. 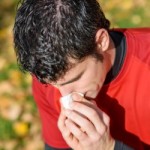 an overseas destination. Cold episodes, cold duration and symptoms were recorded in a daily diary and participants also completed surveys before, during and after travel.

The second study published in the Current Therapeutic Research recruited 473 patients with early influenza symptoms (≤48 hours) were recruited in primary care and randomized to either 5 days of oseltamivir followed by 5 days of placebo, or 10 days of an Echinacea purpurea-based formulation called Echinaforce Hotdrink (A. Vogel Bioforce AG, Roggwil, Switzerland).

The researchers concluded, “recovery from illness, possible advantages (lack of induction of drug resistance and complications), and the lower incidence of adverse events, treatment of influenza with Echinaforce Hot drink overall outperformed treatment with oseltamivir in the studied patient cohort. Further studies are warranted to show the extent to which our results are applicable to patients with concomitant diseases and at-risk populations, which were not studied here.”