Regardless of your political leanings and whether you agree with President Donald Trump’s position on the Paris Climate Accord, doctors say the climate change is affecting health. And to add, agricultural and marine experts say climate change is reducing the levels of important nutrients in our food. Both factors could dramatically change overall health in America, say physicians and climate experts.

A recent report by The Medical Consortium Society on Climate Change interviewed 435,000 physicians from 12 societies across the country to get their opinions on how climate change is affecting their patients and practices. The report summary starts with a bold statement.

Climate change is already causing problems in communities in every region of our nation, and from the perspective of physicians, it’s harming our health.

The report lists the most vulnerable populations of climate change include: children, student athletes, pregnant women, elderly, those with chronic illnesses and allergies and people with limited resources.

The reports cites a number of climate change related health issues, some are universal across the 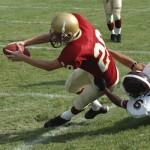 country while others vary by geographic region. Extreme heat has become a leading cause of death and disability among high school athletes, with 9,000 treated annually. Emergency room visits rose by 133% from 1997-2006 for heat-related issues, half of these patients were children and teens, especially football players.

Another climate change health issue in the report is increased tick infestation and Lyme disease. As many as 45% of US countries now report Lyme-disease carrying ticks, which is up from 30% in 1998. The increase is largely due to infestations moving to new areas north and west due to climate changes.

Another issue reported are nutrient declines in food because when the presence of CO2 is higher, crops may be lower in protein and higher in starches and sugars. Other issues such as modern agricultural practices that focus less on nutrition and more on yields and size, as well as pest and disease resistance can alter food composition. Whether it’s grains and minerals or seafood and fatty acids, our changing climate is negatively affecting nutrient levels in foods. This means the old adage of diet is enough to meet our nutritional needs may not be entirely reliable.

And while many associate climate change with melting polar ice caps, the warming water also results in acidification of our seas, which affects fatty acid levels in seafood. As an example, Australian marine ecologists studied the nutrient properties in a sea snail called the whelk, which is a food source for humans and other marine animals. Researchers found “the elevated ocean temperature significantly decreased protein in the whelk flesh, as well as lipid, glycogen, potassium, sulfur, and phosphorus content. Conversely sodium, boron and copper increased.

A Swedish study in 2014 on shrimp found similar results for both nutrient depletions and for taste. The acidification of shrimp not only altered the nutrient profile, tasters reported bitter flavors and poor texture. “Ocean acidification is often referred as the silent storm because you can’t see it, you can’t hear it, and you can’t smell it, but our research suggests that you just may be able to taste it,” said the lead researcher Dr. Sam Dupont. 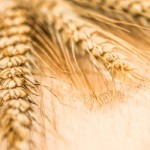 Soil and important minerals are also victims of climate change. In February, researchers from six institutes concluded that changes in precipitation would affect soil selenium levels in 66% of grain crops worldwide by the end of the century. The researchers from EAWAG Aquatic research noted that with one billion people already deficient in selenium due to naturally low soil levels, the health implications could be significant because the body’s ability to product glutathione is selenium dependent.

In a recent webinar, Tieraona Low Dog, MD calls the situation a silent epidemic. “Yet, even for those who actually eat a rainbow-colored assortment of produce, it can still be tough to get the key nutrients needed from diet alone,” she says. One of the responding doctors to the The Medical Consortium Society on Climate Change summed it up this way, “Even our ‘best-case scenario’ means we’re going to be seeing more with demanding health problems. But the worst-case scenarios of climate change really worry me. It would mean a level of human suffering we can barely contemplate, much less respond to.”

This article has been summarized from Today’s Practitioner for Dr. David Jensen.